Part 2 of a 16 part series regarding morals and conduct.

A Freemason is recommended to his “most serious contemplation the Volume of the Sacred Law.” What that religious or philosophical text may be is up to each Freemason to decide for himself. We don’t tell others what to believe in. We meet around an altar that may have a few or more texts placed on it, knowing that we all have something in common. It’s not about what we believe in, but rather the fact that we believe in anything at all.

It’s vital for a mason to have a belief in a Supreme Being, but at the same time keep his religious opinions to himself, thereby allowing others to unite with him in friendship. Since antient times, masons have always been charged in this way:

A Mason is oblig’d by his Tenure, to obey the moral Law; and if he rightly understands the Art, he will never be a stupid Atheist nor an irreligious Libertine. But though in ancient Times Masons were charg’d in every Country to be of the Religion of that Country or Nation, whatever it was, yet ’tis now thought more expedient only to oblige them to that Religion in which all Men agree, leaving their particular Opinions to themselves; that is, to be good Men and true, or Men of Honour and Honesty, by whatever Denominations or Persuasions they may be distinguish’d; whereby Masonry becomes the Center of Union, and the Means of conciliating true Friendship among Persons that must have remain’d at a perpetual Distance. (Anderson, 1723) 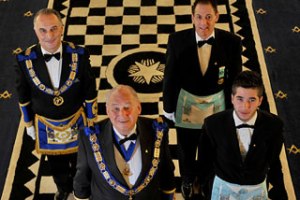 In regular Freemasonry belief in a Supreme Being is the number one requirement for joining. In order to be admitted, a man’s spirit needs to reach out to Deity, otherwise no obligation would be regarded as binding. Not just that, but belief is what creates an experience that feels real and leaves a lasting impression on a candidate.

Without the Grand Architect of the Universe, Freemasonry simply doesn’t make any sense. Take for example the following working tools: 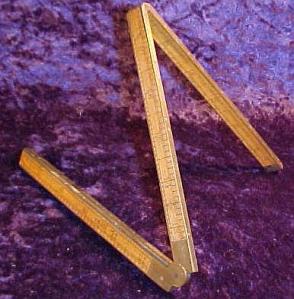 The Twenty-four Inch Gauge represents the twenty-four hours of the day, part to be spent in prayer to Almighty God, part in labour and refreshment and part in serving a friend or brother in time of need, without detriment to ourselves or connections. This is a reminder to the Initiate that he is mortal, that he has so many years of life, with so many days to each year, and so many hours to each day. It is only the immortals that do not have to concern themselves with time, for to them it no longer exists; for us mortals each day has twenty-four hours. Later we may learn the secrets of immortality, but first we must make full use of our mortality. In other words, time and space are given to us with all their limitations to prepare ourselves for the ampler freedom of after life. Time is but the gateway to eternity, and by learning to use our time, we prepare ourselves for eternity. (Henderson, 1996)

With the Pencil the skilful artist delineates the building in a draft or plan for the instruction and guidance of the workmen. Our building has been delineated in a draft or plan for our instruction and guidance by the Great Architect of the Universe. It is for us to understand what is meant by each detail of the design, so that our life, when considered in the time to come, and in the light of that plan, will be judged by its conformity to that plan. (Henderson, 1996)

Without a Supreme Being, the twenty-four inch gauge and pencil would serve no purpose. It’s necessary that Freemasonry be theistic. We are constantly invoking the aid of Deity in our rituals and ceremonies, and we conduct our meetings in peace and harmony with the divine presence.

We are charged to give God that “reverential awe which is due from the creature to his Creator.” If Freemasonry was just a regular fraternity with no religious component, belief would not be important. But it is important. As candidates we are required to put our trust “in God,” thereby showing the brethren in lodge that our faith is sound. Just within moments of entering a lodge for this very first time, we must affirm our faith in Deity.

Freemasonry brings men from all walks of life together under one “starry firmament,” as we are all in pursuit of truth and brotherly love. Although it’s great having several Volumes of the Sacred Law on an altar, it’s not the differences that are important. What’s important is what we have in common as we are all brethren under the fatherhood of God. It doesn’t matter how we see Him. What matters is how He sees us – as children, all equal in His eyes. That’s what really counts:

It is universal religion, which it inculcates; that religion which is essential everywhere to the true character of man; that sense of obligation and final responsibility which affords the only security for the faithful observance of its own pure principles, and its solemn and sacred vows; a belief in the existence of a Supreme Being, His justice and goodness, and the immortality of the soul are the elements of religion which it requires of its votaries, while it heeds not the dogmas and specific articles of faith which men have set up and called the only true religion. (Church, 1880) 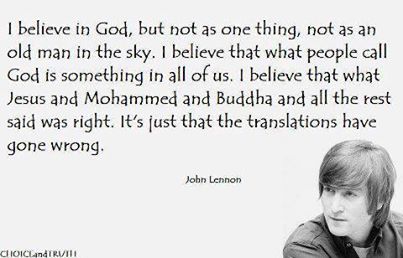 Freemasonry allows for this universality of faith as all religions preach righteousness. Faith should be a constant focus in our lives.  We don’t find faith in Freemasonry, but in whatever it is we believe in. Freemasonry offers no salvation, but it teaches that faith is important in order to have a good life. Faith secures our reasoning for being moral and upright:

For without the Belief of a Providence that takes Cognizance of, guards and guides and may favour particular Persons, there is no Motive to Worship a Deity, to fear its Displeasure, or to pray for its Protection … think how great a Proportion of Mankind consists of weak and ignorant Men and Women, and of inexperienc’d and inconsiderate Youth of both Sexes, who have need of the Motives of Religion to restrain them from Vice, to support their Virtue, and retain them in the Practice of it till it becomes habitual, which is the great Point for its Security; And perhaps you are indebted to her originally that is to your Religious Education, for the Habits of Virtue upon which you now justly value yourself. If men are so wicked with religion, what would they be if without it. 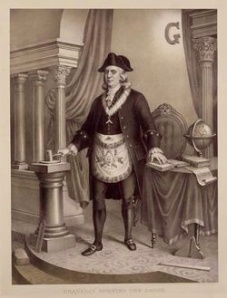 If man loses faith in God, then the basis of his moral conduct strays from the divine authority. When that happens, morality becomes man-made and divine law loses its effectiveness and meaning. People will have no standards, they’ll become unstable and eventually descent.

Freemasonry isn’t a religion; it simply builds faith and encourages interest in the nature of God and man’s relation to him. An atheist will declare himself as such without really knowing why and dismiss spirituality altogether, while Freemasonry makes us seriously consider these difficult questions that are important in figuring out who we are and whence we came. It allows for a journey that is personal for each brother, as he is able to choose his own path of faith: 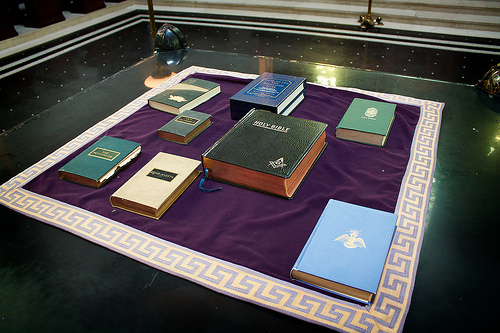 The lessons of the craft are based on the Volume of the Sacred Law, and founded on the principles of the universal brotherhood of man under the fatherhood of God, thereby acknowledging a Supreme Being. It doesn’t compete with religion and sets itself apart from any particular religion, requiring its members to respect and tolerate each other’s beliefs. Masonry unites rather than divides, but still allows each brother a right to his own opinions and truth. It basically all boils down to two things. Love of God and love of man. That’s why it has survived since antient times, as a meeting place for different minds and a reminder of that final union in the celestial lodge above.

A person of faith knows right from wrong, not because of some man-made laws but because of the direction they receive from their spirituality:

The moral laws are not man-made conventions but Divine commands, which man should be able to recognise as such by means of the Divine Light within him. (Ward, 1926) 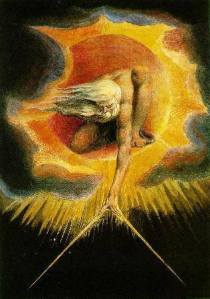 Masonry cannot support and unite us without a shared belief in Deity. Masonry would not be a worldwide fraternity without that shared belief. Nor could a godless order help a man think about the true meaning of his mortal existence. Freemasonry is a way of life in a profane world that sometimes rejects its teachings. So we must ever remember to not only have faith in Deity, but also ourselves and others. As men of faith, we use moral truth to service others:

When he has kept faith with himself, with his fellow man, with his God; in his hand a sword for evil, in his heart a bit of a song – glad to live, but not afraid to die!  Such a man has found the only real secret of Masonry, and the one which it is trying to give to all the world. (Newton, 1923)

Anderson, James. (1723). THE CHARGES OF A FREE-MASON. EXTRACTED FROM The Ancient RECORDS of LODGES beyond Sea, and of those in England, Scotland, and Ireland, for the Use of the Lodges in LONDON.

Rubin, Joshua L. (2008). For No Atheist May Be Made a Freemason. Pythagoras Lodge of Research, Grand Lodge of the District of Columbia, USA.