The lewis is a tool used by operative masons to raise heavy blocks of stone:

It consists of three metal parts: two wedge-shaped side pieces, and a straight centre piece, that fit together (tenon). A dovetailed recess is cut into the top of the stone block (mortise). The two outer pieces are inserted first and then spread by the insertion of the centre – piece. The three parts are then bolted together, a metal ring or shackle is attached and the block is hoisted by hook, rope and pulley. By this means, the block is gripped securely. Once set in its place in the structure, the lewis is removed leaving the upper surface smooth with no clamp or chains on the outside to interfere with the laying of the next course. (Northup, 2008)

As we are free and accepted, or speculative masons, to us the lewis denotes strength and is also the term used for the son of a mason.

The Lewis Jewel is worn by the son of a mason,
and the number of bars represents a line of succession,
with a father’s or grandfather’s name engraved on each bar.

When I was invited to become a Freemason, I honestly didn’t know anything about it and at the time it didn’t really seem all that interesting to me either. Why then, did I become a Freemason? The answer simple.

I just wanted to hang out with Dad.

I can honestly say that Bro Dad and I have become best friends because of Freemasonry. It is a lewis’ duty to support his father especially towards the end of life. It is also a great privilege to be a lewis:

In this sense, then, the Lewis has a privilege in all Lodges; he is already known, by proxy at least, to the Lodge to which he applies, and there is a natural predisposition favorably to consider his application, and for the committee to judge him with mercy.

It’s the hope of any mason that his son will follow in his footsteps and join the craft. When I joined Bro Dad stressed the importance of lectures in degree work. He is known throughout the district for his memory work and is often asked to give lectures at other lodges doing degrees.

I really wanted to honor his work so I studied my ritual relentlessly to support and carry on what he does. We would go around to lodges in and outside the district giving lectures as a father and son team. I ended up learning a lot because of him:

From this natural hope of a Mason that his son will go where he preceded him, in turn to receive Masonic light and the happiness and education that may come from membership in a Lodge, has arisen the feeling in most Lodges, the stronger that it is not expressed in formal law, of interest in the boys of members. Lodges are not consciously influenced in their judgment of petitions from the sons of members by that fact, but Masons would be less than human if they did opt look with some indulgence on the young men who ask to follow in the path their fathers have walked. (Claudy, 1935)

Probably a defining moment in both our lives is when Bro Dad literally raised me to the sublime degree of a master mason. I will always be thankful to him for inviting me on a journey that has definitely made me a better man and in turn helped me to make other men better as well. I look forward to the day when I can go home and Bro Dad and I can both attend a meeting at our mother lodge together.

It’s a tremendous opportunity when father and son can both be masons. An opportunity for support and strength, “from generation to generation.”

“Again let it pass to the ROYAL lov’d NAME,
Whose glorious Admission has crown’d all our Fame:
May a LEWIS be born, whom the World shall admire,
Serene as his MOTHER, August as his SIRE.” 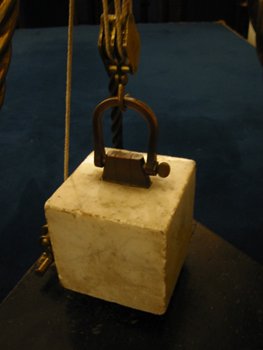 4 thoughts on “The Lewis”