The conclusion of a 16 part series regarding morals and conduct.

So there you have it, the things we must do as Freemasons in order to make men better. I know it’s a lot to take in, but that’s okay – it can take a lifetime to be able to practice all the virtues of the craft with poise and balance. And some of them aren’t easy for a lot of people, which is why the true Freemason will remain diligent in his labors:

These are the standards of Masonry. It is not easy to apply them to ourselves. But then, being a master of any craft is never easy, and being the Master of oneself is perhaps the most difficult of all.

– Committee on Masonic Research and Education of the Grand Lodge A.F. & A.M. of Minnesota, 1986. 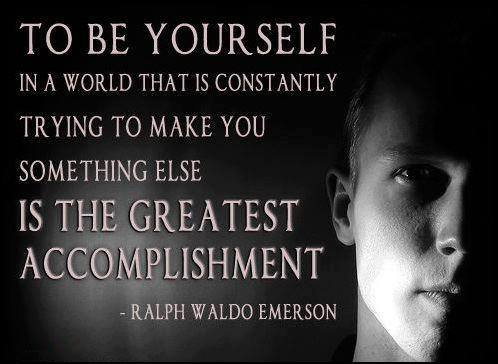 Is it possible to be able to practice every virtue at every moment? After all, we are not supermen. Maybe it’s not about the times that we falter, but rather about the times we remain steadfast and upright in our actions, so that others can see how a Freemason is:

If “every” Freemason lived up to “all” these teachings, what an Utopia the world would be!

But what is remarkable is not how many Masons fail, but how many succeed!  That they do succeed is evidenced by the reputation of the Fraternity in Non-Masonic circles.  Were Masons as a class false to their teachings, lax in their conduct, forsworn as to their obligations; Freemasonry would not posses the fair reputation she has. (Unknown, 1930)

Indeed, Freemasonry has maintained that reputation of being an ancient and honorable society among men under the fatherhood of God. It’s true, there have been many a Freemason who has failed to live up to the teachings of the craft – but that is only because we are human, and it is only natural for us to do so. If everyone was always upright in their actions, there would be no need for Freemasonry:

It is expected of men that they will fail, otherwise they are not men, but Gods!  If no man ever failed, Freemasonry would be unnecessary.  When a building is completed, the workmen depart.  When the House Not Made With Hands is perfectly erected, the Craft is no more use. (Unknown, 1930) 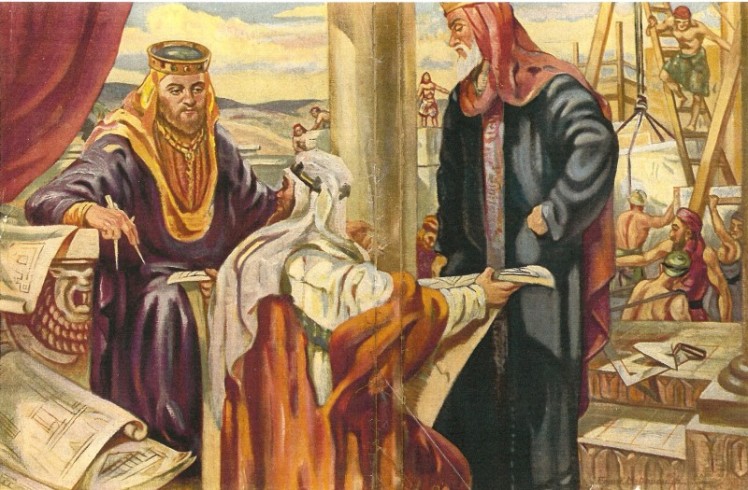 That being said, it’s even more important that we strive to live up to those standards, and be perfect ashlars. We are building that temple not made with hands right up until the day we die, therefore these lessons must be etched into our minds and the minds of our brethren through education and example. Probably the most difficult part of all is to be able to act as a Freemason should in the world of the profane. It’s easy to remain moral and upright in the lodge room, where peace and harmony prevail and we are surrounded by like-minded men. It’s a completely different story when we go out into the world on our own. It’s at that point that Freemasonry becomes not just a science, but a way of life for us, as we work in improving ourselves, our brethren, and the world:

Freemasonry is one of the great moral forces remaining in the world today. But if Freemasonry is to achieve its honorable purpose—that of building a better world—it must first build better men to work at the task.

No man has any right to claim to be a Freemason unless he has endeavored to put into practice the lessons received when he was Entered, Crafted and Raised. A Mason should never entertain the thought that he must go to a Lodge Room to practice his Masonry. Masonry must be practiced in daily life where human kindness and helpfulness and honesty are so much needed. The surest way to make Freemasonry useful, is to make use of Freemasonry. Every Mason is charged with the responsibility of keeping the reputation of the Fraternity unsullied. (Carpenter, 1984)

If we are to go out into the world and wear a square and compass on our finger, it is our duty to represent Freemasonry in a manner that is exemplary and true. It’s a cardinal rule that we cannot solicit membership into our order. How then, can we attract men to our fraternity? Simply put, it’s our conduct in our dealings with business, professional relationships and non-masonic friends, and how we raise our families in the public’s eye. What’s the point in talking about morals and ethics within a lodge if that’s the only place where they’re going to be used:

Until the tenets of the Craft are demonstrated in our daily life we are but Ritualists only and not Freemasons. (Wright, 1924) 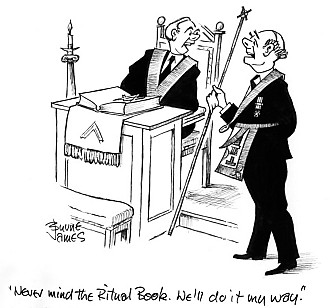 I’ve been a Freemason for 8 years now, and I’m not afraid to admit that for more than half that time I was a just a ritualist and Freemason in name only. It’s only within the past few years that I’ve begun to grasp the true importance and value of the craft’s teachings. And I can safely say that yes, in applying these precepts in everyday life I have had an effect on those around me. Some brethren are a little embarrassed to identify themselves as Freemasons, and that’s okay. It’s not exactly the easiest thing to explain to someone who has little or no knowledge about it. But personally, I’m proud to be a Freemason, and I’m not afraid to represent the craft in my everyday life:

We must constantly remember that in every moment of our life – in public – at work – at pleasure – with our families – even when you are alone – You are a Mason!

The non-Masons who know us will judge each of US, and Masonry itself, by the way in which we conduct ourselves. We have in trust the reputation of Masonry. Let us not betray that trust! Masonry will flourish if we follow these precepts.

– Grand Master Donald J. Flood at the annual communication of the Grand Lodge of Minnesota, 1985.

In some constitutions a newly installed Master is usually charged to teach and encourage the brethren of the lodge to “practice out of the Lodge those duties [they] have been taught in it”, so that they can prove to the world the “happy and beneficial effects” of Freemasonry. Also, as Freemasons we should show others that we are men who have big hearts, “to whom the Burdened Heart may pour forth its sorrow”. Benevolence and charity may start with a brother, but it shouldn’t end there. How else are we to grow and expand our hearts:

We should always remember that the good name of Masonry is not the result of what we do not do, but instead is the result of the good things that have been done in practicing outside of the Lodge those great moral duties which are inculcated in it, and with reverence studying and obeying the laws which the Supreme Grand Master has given us in His Holy Word. (Hemphill, 1999) 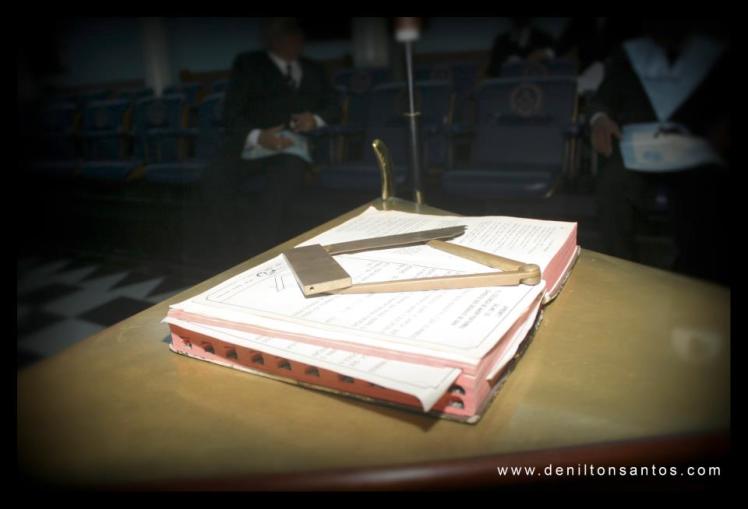 In closing, I’d like to remind that the Freemason may have rank in life, but in the lodge, whether it be Masonic, symbolic or celestial, we are all on the level and how we truly see each other is by the way that we act – right here, right now. To be able to take someone at face value, to know that they too, share the same morals and values that we do – is what true beauty is, and enables us to labor away together, and build something greater than anything we could possibly dream of:

For these things endure.  Material things pass away.  The Temple of Solomon is but a memory.  Scattered are the stones, stolen is the gold and silver, destroyed are the lovely vessels cast by Hiram Abif.  But the memory, like the history of the beauty and the glory which was Solomon, abide into this day.  So shall it be with our “house not built with hands,” so be it  if we build with the Beauty which Masons teach. (Unknown, 1930) 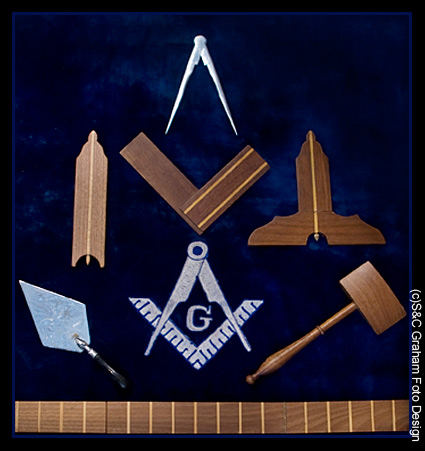 Carpenter, William A. (1984). They Lied on Their Knees. Short Talk Bulletin. The Pennsylvania Freemason.

Gauthamadas, U. (2012). An Exploration of Moral Virtues as Applicable to Freemasonry. Lodge Prudentia No.369, Grand Lodge of India.

Wright, Dudley. (1924). Why Are We Freemasons? Excerpted from “The Ethics of Freemasonry.” Masonic Service Association.